Was it Necessary? Shorecrest students now only allowed into the building at 7:00 instead of 6:30! 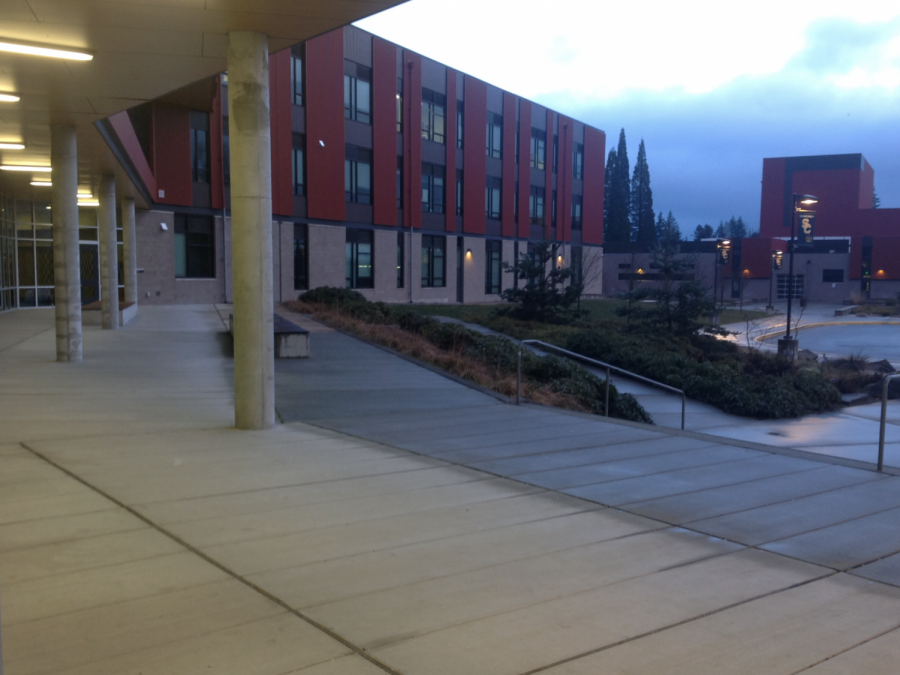 Marking the beginning of the 2018-19 school year, Shorecrest was struck with what I would call the “silent killer”. This is a change that allows students to be let into the main building at 7:00 am instead of 6:30 am (which was what the schedule went by in previous years). Though this might seem like a harmless adjustment, in the eyes of the students who are forced to be at school this early it’s a recurring nightmare.

The time change was brought about by the replacements to the main door’s locks and monitors in the summer of 2018. With new advancements being made to the main entrance, this allowed administration to re-assess how early students should be allowed inside the main building. Currently, there are no zero period classes within the main building. This got administration thinking “what reasons are there for students to even be in the main building so early?”. The reasons started to pile up in favor of this new time change. The teachers would have less students to think of, staff could focus on completing crucial tasks they need to finish before students arrive, there wouldn’t be an issue with student supervision and most of all, student safety in the main building could be kept on the back burner for an additional half hour. Knowing this would become a part of Shorecrest’s permanent schedule, the students would have to be informed.

In efforts to grab the attention of not only students but also parents, information about the change was broadcasted through Ms. Gonzalez’s bulletin (which goes out to all Shorecrest families) and also through the daily announcements at  the beginning of the year. Though it was a nice try, all attempts at informing students of the change were futile because the students who needed that information had to learn about it the hard way. As this change became more set in stone, myself and a handful of students would wait in front of the main doors and peer inside confused. In previous years, the doors had be unlocked at 6:30 am but this year something was different. When we arrived at school, we were greeted by the red strip of denial marking the door’s lock forcing us to wait patiently until we would see that one glimmer of hope for our barely frost-bitten bodies… a staff member. At first, they would walk past us like there wasn’t a bunch of cold rampaging teenagers banging on the windows but after days of seeing the same frustrated students they would simply stare at us blankly and shrug their shoulders like it wasn’t their problem. Relentless, the only students who didn’t give up on this lost cause continued to wait day after day until finally teachers would start to let us in. In most cases, if we waited about 10-15 minutes we could be let in by a teacher and go inside to study or just hang out in peace, but in other cases getting caught was inevitable. In those cases, we were kicked back outside unless we had the guts to sprint up the main stairs (which has been very tempting).

In order to help the students, Ms. Wenstad, an english teacher new to Shorecrest, has continuously gone out of her way to find a solution to this new change. When asking how she thought this time change was affecting Shorecrest she described most teachers as “oblivious” to it because the change doesn’t directly affect them. But for the students, the change adds a whole new level of additional stress to their daily lives. In order to try to lift the burden off student’s shoulders, she believes that a simple remedy could be found to combat this problem. Her solution is to always offer students a place to sit in her room until it’s 7:00 am.

Though there are positive solutions, there aren’t enough to vanquish the bitter taste of helplessness and frustration that students face each morning. For Shorecrest sophomore, Hannah Smith, the schedule change leaves her with a deep sadness for she knows no student would chose to get to school early and wait patiently in the cold. I asked her, I asked her what she would do if in the administrator’s shoes and if she would have supported the idea of having this new schedule change or not. She told me, “No because I want myself and others to be able to come in and hang out. I don’t want to be a liability issue.” Whether or not this issue will be discussed by the student body, parents, staff or administration, students will continue to wait outside silently protesting in hopes that no other student will have to face the denial of the warmth that is only an open door away.