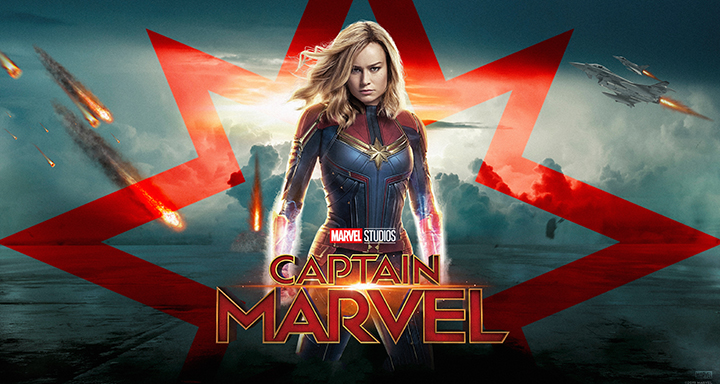 Marvel movies are a statement of modern cinema. They are a perfect blend of big-budget action mixed with lighthearted comedy, political undertones, and personal connections. So what makes these films able to draw audiences to the theatres again and again? It might be the stories, the action, or even the comedy. But I think the one reason we love this franchise is its characters. Marvel characters have a layered backstory that makes them interesting and makes me want to watch them every chance I can get. Because of this, the most important thing about this franchise is its origin stories. Every stand-alone film that explains one character allows Marvel to create an interesting and layered character that we care about before they throw them into the larger storyline. They seemed to have had a perfect grasp on how to do this, and then Marvel went on a sequel spree. I began to worry if they had forgotten how to make an interesting origin story. And thus we have come to the latest of these origin stories, Captain Marvel.

The character of Captain Marvel comes from the comic book character of the same name. This movie is confusing at first, but I’ll try to explain it here: The story follows a woman with the ability to shoot photon blasts from her fists (Brie Larson). She fights alongside the Kree, a race of aliens, against the Skrull, a race of shapeshifting aliens. In the first act, they set up her relationship with the Kree and Skrull. It is very confusing and the script is lacking. It just jumps right in without any exposition or explanation of what is happening and goes into a story that we are supposed to follow and care about, even though we have no idea who anyone is and what they are trying to do. After that whole fiasco, Vers, the Kree name of Captain Marvel, crash lands in a Blockbuster Video store in 1990s earth. Then we meet a young Nick Fury (a flawlessly digitally de-aged Samuel Jackson), the director of S.H.I.E.L.D. and creator of Avengers from Avengers, who follows Vers as she chases down the escaping Skrull who also crash landed on earth. Meanwhile, Vers begins to have flashes of memories come back that seem to show she had a past life on earth. The second act is much stronger with comedy and nostalgia that will at least draw a chuckle from audiences, and action scenes that will make you interested in the film.

When people ask me what I thought of a movie, I give them an answer based on my “awful-to-amazing” scale. For other movies, I might give a “good,” “interesting,” “confusing,” “The Shining on steroids,” “if The Phantom Menace met Sherlock Holmes,” and many others. For Captain Marvel, I gave it an, “It was alright.” I was neither impressed nor disappointed, but it was a Marvel movie so I did enjoy it. It reminded me of Thor: Ragnarok, but since Captain Marvel wasn’t directed by Taika Waititi, it wasn’t as good. The action sequences are very flashy and entertaining, but the story jumps into them without introduction. The script and introduction were certainly lacking, and the acting from Brie Larson and Jude Law was weaker than I had hoped. It wasn’t necessarily bad, but it did feel a bit…off. The personality Larson gave her character, a strong and sassy yet divided character, didn’t quite fit the story that the directors were trying to tell. It was almost as if they had filmed the movie backward and Larson just had the same character throughout the film with no change to her performance. Captain Marvel herself could’ve been a very interesting character with a strong story arc, but Larson just couldn’t pull it off. This character hurt the film greatly, and I remain uninterested in her. Instead of trying to rely on her being female, they should’ve tried to develop an interesting and enjoyable character for the audience to care about. Just for the record, I wanted to take the politics out of my review and just focus on the content of the film and her character.

I know that it is kind of unfair to compare Larson to Sam Jackson, but she was definitely overshadowed by him. It felt almost like a Nick Fury origin for a bit rather than Cap Marvel. The villains also helped the movie, as they were deep and comedic. Villains are not always who they seem, and in this case, that is literal since the Skrull can shapeshift. The main theme is to rise up and you will be stronger than before you fell, a very important message they developed pretty well. But in the end, this is just another superhero film. This film is not going to change the entire Marvel universe. It does set up Endgame very well, and will again raise the question, what happens when an unstoppable force meets an immovable object? It is definitely worth a viewing if you are a Marvel fan, but if you want to just watch a good movie, maybe pick something else. Anyways, a weak script, poor introduction, and mediocre acting job mixed with Sam Jackson, great themes, humor, and a cat give you Marvel’s Captain Marvel.